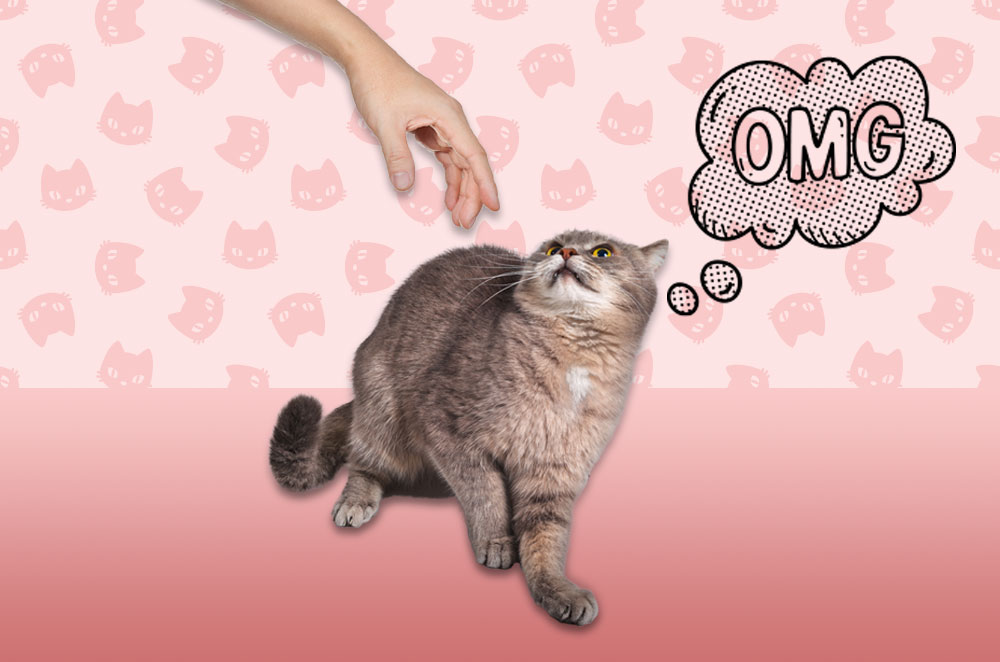 Giving a Biter or a Scratcher a Second Chance

Cats are sensual animals, and like humans, they are all different. Some cats feel overwhelmed by the slightest touch, while others crave petting and other positive re-enforcement from people. There are numerous factors at play in the development of a cat, and things like past negative experiences, experience with people, and their natural sense of touch are all involved in whether a cat will try to bite or scratch you.

Personal Experience from the Author

One of the reasons I decided to write this piece was to shed some light on the insights I’ve acquired in a recent rescue. Summer 2019 ended with a beautiful little cat dropping into my life. At the time I had one cat, and a friend had recently moved into a new home and the previous owners had left theirs behind.

After speaking with the neighbours, it became apparent the original owners had left their cat behind on purpose. My friend fed her outside the house for three days but couldn’t let her inside due to his wife’s allergies. The neighbours pled with him not to bring her to the humane society, as she was sweet cat, so he posted a picture online and I responded.

According to the neighbours, her name was June and when I went to pick her up, she rubbed against my legs, but would bite when I tried petting her. She also did not like being picked up and likely would have been difficult for a shelter to adopt because of these reactions. I could tell she was a good cat though, just conflicted and defensive. She wanted to be friendly, but was afraid of people.

After bringing her home and separating her from my other cat for just over a week, the two met and became more or less indifferent to each other. June was still very bitey and scratchy with me, and most interactions seemed to overwhelm her. If I would gesture near her, walk near her, or approach her from above, she would wince as if she was expecting to be hit. What a heartbreaker.

Over the following months, I made sure I always used a calm tone of voice around her, made sure she was always well-fed, and would pet her until she pushed back, then stop, then pet her again later. The trick was to always stop when she had enough but pet her often enough, she would learn to trust it and understand I was coming from a place of love.

Eventually she started to purr, she would let me pet her and rub her belly for short periods of time, scratch her head or ears for a bit, but still winced when I would approach her from above. Scratching and biting were still issues, but only after too much attention. In her case, too much attention was about 5 or 6 pets along her side and that was it. She still brushed up against my legs often and followed me around the apartment. June was truly conflicted.

A few months later she started to lay on her back and show her belly when getting pets – all the time. She would run up to me for pets and brush up against the furniture. She found a few places in the apartment that are just hers; places where she feels safe (like under the cat tree or on the sofa). This period of time saw June really coming into her own. She wasn’t hiding anymore, she was seeking attention from people, wanting to play with toys and the laser, but she was still very much haunted by whatever happened in her past and in an instant could go from playful to defensive.

Now June is one of the happiest cats I know, but there is still a lot of work to do. She still winces sometimes if I approach from above, so I remind myself not to do that when interacting with her. She also bites and scratches softly. Far less often than during the first month and also far less intensely, but it is still there if she feels unsafe.

She wants to be pet 24/7, and if someone is on the couch or in a chair, when they stand up, even if sleeping, she darts across the room to that person then lays on her side to receive attention. She used to squeak and fight when I would pick her up, but now she just lets it happen, hangs out for a few seconds, then hops down again. Over time she may warm to being held, but it is possible that may never happen. Some cats just don’t like it.

So, what is the takeaway? The harsh truth is June was a prime candidate to go to shelter and eventually be put down. She bit people when they pet her, didn’t like being held, and was all-around a defensive cat. Her past likely was very difficult and she seemed like a victim of abuse based on her wincing around peoples’ hands. Not a lot of families choose the biting or scratching cat at the shelter.

All of that behaviour defined her early on, but underneath the defensive layer is an innocent creature who wants to be loved, to feel safe, and have fun! All it took was some time. Sustained kindness, love, affection, and truly paying attention to her one-on-one. Cats are predictable creatures in as many ways as they are unpredictable, but when we take care of their basic needs, they become more predictable as their happiness increases and their instincts return to normal.

June is a wonderful cat now and will only become more so over time. She has a loving home where her behaviour and health are noticed and cared for. Like many of the cats who are defensive when you meet them at the shelter, there is a loving, living creature underneath it all. One that just needs an opportunity with someone willing to take the time to get to know them.