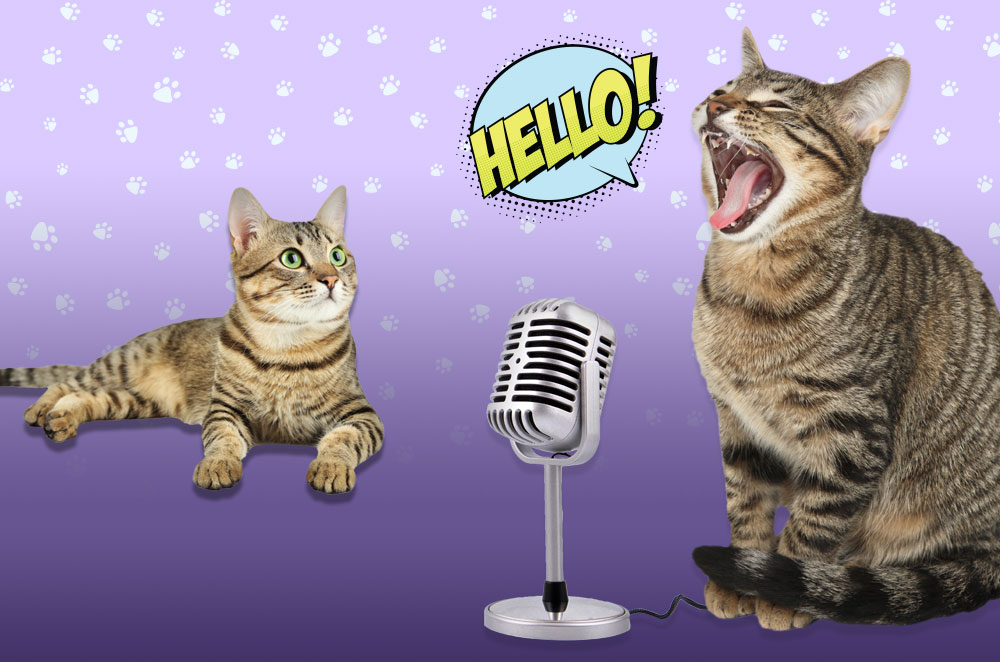 How Do Cats Communicate with Each Other?

While a cat isn’t able to ask one of their peers how their day is going, they do actually communicate with each other! Their form of communication is a bit more simple than human communication, serving more as a means to let other cats know whether or not they are hostile or docile. There are a few different methods they employ, and we will look at them in this article.

Cat’s eyes can speak volumes. While their sense of sight is nowhere near as strong as a human’s, it has the strength to fend off enemies, gage threats, and identify prey. Cat stares are something we are all familiar with as pet owners, but what does a stare mean to other cats?

Have you ever been in this situation? You’re in a room with one cat, another comes into the room, they stare at each other for a while, then the visiting cat leaves. In this situation, the cat already in the room may have let the other cat know they aren’t welcome through their stare. Some experts believe when a cat winks at you or another cat, it’s their way of saying, “I see you, and everything is okay here.” If the stare is held for a while, they may be saying the otherwise.

A good way of assessing these stares is through the intensity or body language with which they are produced. For example, if one cat is calm and stares at another without any intensity, they may also show they are letting their guard down and it is safe.

When two cats stare at each other and hardly move, eyes dilated, ears straight back, and filled with intensity, this is a good indicator they feel threatened and are ready to fight.

Body language, when paired with sight, is a common way for cats to communicate. Body language is an instant indicator of whether or not your cat is willing to interact with another. If they are hissing and their fur is puffed up, they are clearly on edge. However, if the cat is rolling around or showing their belly, they are broadcasting a safe vibe to all other cats. These two are the extremes of the body language spectrum, but what about the subtle side?

Being territorial animals, cats like to keep their own space, even within a shared space. Unless they grew up together, many cats will not invade each other’s personal areas without reason.

Take a living room, for example. With numerous cats around, they may each claim an area of the room and using nonverbal cues, will remind each other to keep their distance if they want to maintain the peace.

On the flip side, cats can show affection for each other through things like touching noses, licking their heads, or laying down on or beside each other.

Cats communicate with their scent glands all the time. When you see them rubbing their faces or bodies on things, it’s like their version of sending an email to a neighbour saying, “Stay out of my yard.”

Scent can be a powerful form of communication for cats as it lets other cats know when they’ve entered their territory without them having to be there to defend it in-person. As humans, it’s hard for us to imagine using our smells to communicate, but in the animal kingdom this is commonplace.

Fighting is a last resort behaviour to let other cats know they are serious and do not want them in their space. Most cats fight about territory, but some also fight over food. Fighting for food is less common as most cats are domesticated and receive regular meals from their owners. It may still occur in the wild with more frequency. House cats fight over lots of things, and sometimes they’ll fight just for the fun of it. There is a major difference between playful fights and defensive/offensive fights. If your cats are fighting, you can often break it up with loud noise such as clapping your hands. Do not try to put your hands between them.

But What About Meowing?

The only exception would be the noise they make when encountering threats like other cats or animals. The low droning sound they make is not quite a meow and more a guttural sound meant to frighten its foes.

Cats are also able to emulate certain sounds made by their prey. Some can make bird sounds; some make strange lip-smacking noises. Surprisingly, there is a wide range of noises cats can make – quite the contrary to their reputation of being quiet animals.

If you feel like your cats are having issues communicating in a healthy way, there are some methods you can use to try and bring them closer together. We won’t list them here as we are not behavioural experts, but there are numerous resources online available to coach you through the process! Take some time, try some things out, and see how it goes!