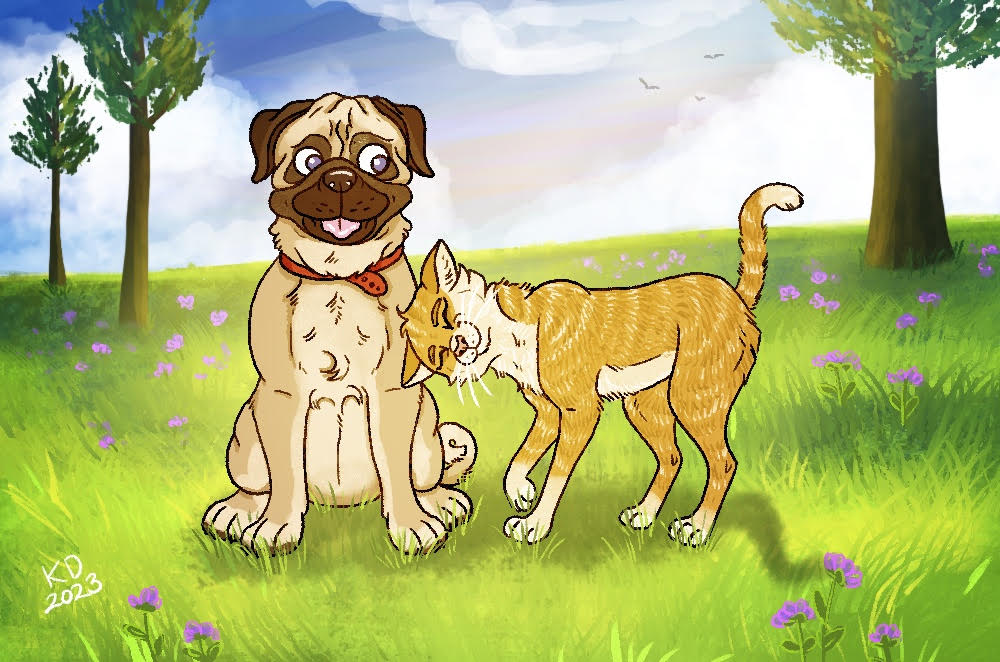 If you have a cat, you know all about cat headbutts. They headbutt everything from people to table legs, to tissue paper. What does it signify? Is there some sort of meaning behind it or does it just feel good to them? Are they trying to tell us something?

The secret to why cats headbutt so frequently may lay in another behaviour that often follows the headbutt, which is the rubbing of the cheeks along whatever surface they just “butted”. It’s believed this does actually feel good for cats, as evidenced by their love for having their cheeks scratched by people. It’s also believed there’s another reason for them scratching their cheeks on things.

To Mark Their Territory

Cats are territorial animals, something we’ve covered many times in past articles, which you can browse by clicking here! Territorial animals, by their nature, like to carve out a space to call their own, typically by marking the objects in and around it somehow. For cats, that is often by rubbing their scent glands over surfaces. The purpose of marking territory is to warn other animals when they’ve come too close! Territorial animals prefer to be left alone in their territory. They won’t bother you if you don’t bother them.

Marking their territory by rubbing their cheeks is a lot better than the alternative. Some cats have been known to spray or urinate in places they wish to claim. This usually is a behaviour done by a cat under stress, or perhaps with a health condition. If your cat is spraying, contact your vet to determine why, and how you can help.

To Seek Attention or During

Beyond painting their territory with their scent, cats are also known to headbutt people and other animals as a show of affection or respect. Many cat owners can attest to their cats gently headbutting them while they’re receiving attention, and when they do, you can feel the love!

Some cats might also headbutt if they feel like cuddling or are seeking attention. Domestic cats love a good petting session or playing games with their owners. Sometimes if you are working away on your computer or sitting on the couch, they might approach you and give you some headbutts on your legs. This can be their way of asking you to pay attention!

Why Don’t All Cats Headbutt

Some cats don’t seem to headbutt at all and there isn’t a clear reason for it. It’s behavioural and not all cats have the same behaviour. If you’ve owned more than one cat, you’ve seen the differences in their personalities and there isn’t a clear answer for why they are the way they are. Some are removed from their litter too early, others might just be a little weird! Either way, headbutting is a very common behaviour in cats, so a fair statement to make would be that most cats use headbutts as described above.

When to be Concerned

Headbutting is healthy cat behaviour, but head pressing is not. Head pressing is a different behaviour altogether where the cat pushes its head against a wall and frequently moves down the wall until it hits a corner. Once in the corner, it might become stuck and unable to move away from the wall. This is often indicative of a neurological disorder and should be taken seriously. If your cat has been exhibiting this type of behaviour, it would be wise to get them to a veterinarian as soon as possible.

Beyond the example just given, cat headbutts are part of a normal cat’s behavioural repertoire and are nothing to be worried about. If your cat headbutts you often, it likely means they love you and are showing the world by marking you with their scent glands! When your cat does this, be sure to give them some pets or a nice head scratch!