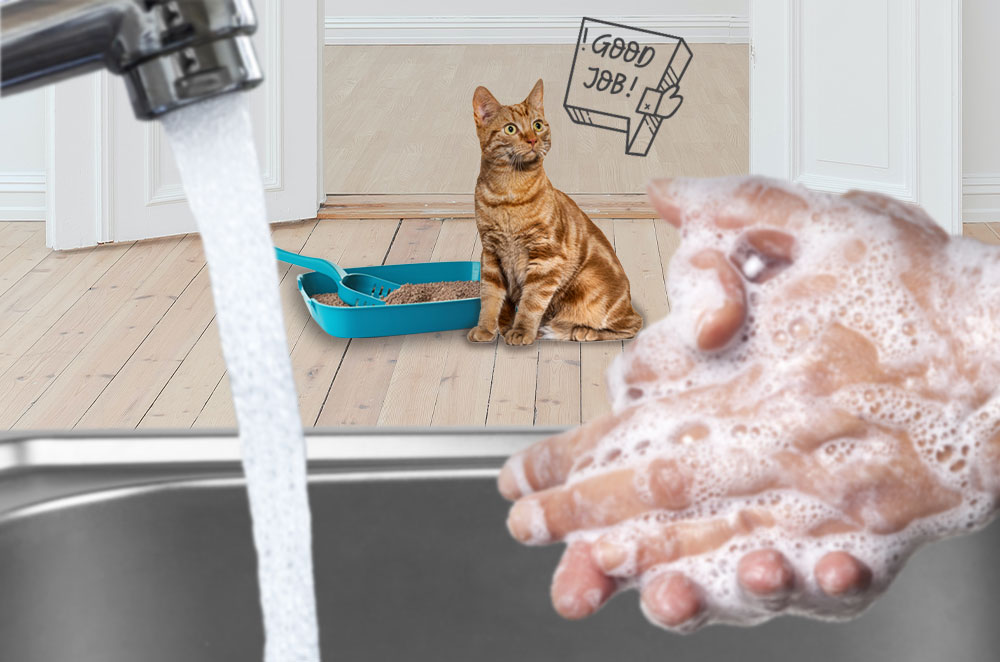 What is Toxoplasmosis? Should You Be Worried About it?

There are plenty of conversations abound regarding Toxoplasmosis, or Toxoplasma gondii, and whether or not it can cause serious illness in people. This parasite is a peculiar one that can cause irregular behaviour in mice, and in some cases, some serious illnesses in people. It is very dangerous for babies and also the reason pregnant women are advised against changing the litter box themselves. This article provides a surface-level look at the parasite, and if you are concerned about it, or think you may have it, please conduct further research and speak to a healthcare professional.

How Does it Affect People?

First of all, let’s look at the most frequent outcomes. According to online sources, in most cases, when people carry the parasite, they don’t experience any symptoms at all. Some people may experience a range of flu-like symptoms including body aches, swollen lymph nodes, headaches, fever, and fatigue – though this is not common.

What is really interesting is the effect it has on mice. Rodents infected with Toxoplasma gondii have been recorded losing their fear of cats entirely – walking right up to them as the cat is readying to pounce. It shows an irrational loss of their fear, embracing the smell of cats and cat urine where they ordinarily would flee.

While this behaviour is certainly alarming, it doesn’t really translate to humans. If you are infected by Toxoplasma gondii, you aren’t going to walk into the middle of busy highway or invite someone to rob you.

However, it can cause severe outcomes in those with compromised immune systems. People living with HIV or other immuno-compromising illnesses may experience brain inflammation, dementia or psychosis. Other sources have also indicated it can worsen schizophrenia symptoms in those already susceptible to it.

Babies truly pay the most severe price when infected, with numerous pregnancies ending in miscarriages or stillbirths. Babies born with Toxoplasma gondii can experience seizures, enlarged liver or spleen, jaundice, or severe eye infections. It really is important to avoid getting near the litter box when pregnant.

Where Does it Come From?

Toxoplasma gondii is generally a parasite transmitted through raw meat. Outdoor cats are an ideal host for the parasite as it can complete its lifecycle through a cat, and outdoor cats often hunt the local wildlife. It is also possible for indoor cats to become infected by killing and eating an infected mouse, though the chances of an indoor cat becoming infected are far far less than outdoor cats.

An infected cat will develop cysts in their intestines which then excrete the parasite into their waste – which has a small chance of transferring to human owners. This is why it is absolutely paramount you wash your hands after changing or sifting your cat’s litter box. The only way it can transmit to humans is through ingestion – someone touching their mouth with the parasite on their hands.

Some studies say an average of 1 in 3 people are infected with Toxoplasma gondii, and though its symptoms aren’t severe in healthy adults, babies can be seriously affected by it, if passed to them by their mother at the time of pregnancy.

Outside the world of your cat, it is possible to become infected by eating raw or undercooked meat that was also infected. If you eat wild game, your odds of coming in contact with the parasite are higher than those who buy store-bought meats. Just be sure your meats are cooked through.

Should You Be Worried About it?

In most cases, no. Not really. There are members of the community who should be cognisant of it, such as those with compromised immune systems, or pregnant women, though healthy adults do not need to be actively worried. You can protect yourself by making sure you wash your hands thoroughly after cleaning the litter box and by cooking meats properly. With what is believed to be 1 in 3 people already infected by it without knowing, there is a slim chance you may carry the parasite and are unaffected by it. As said before, if you are concerned, contact a healthcare professional.