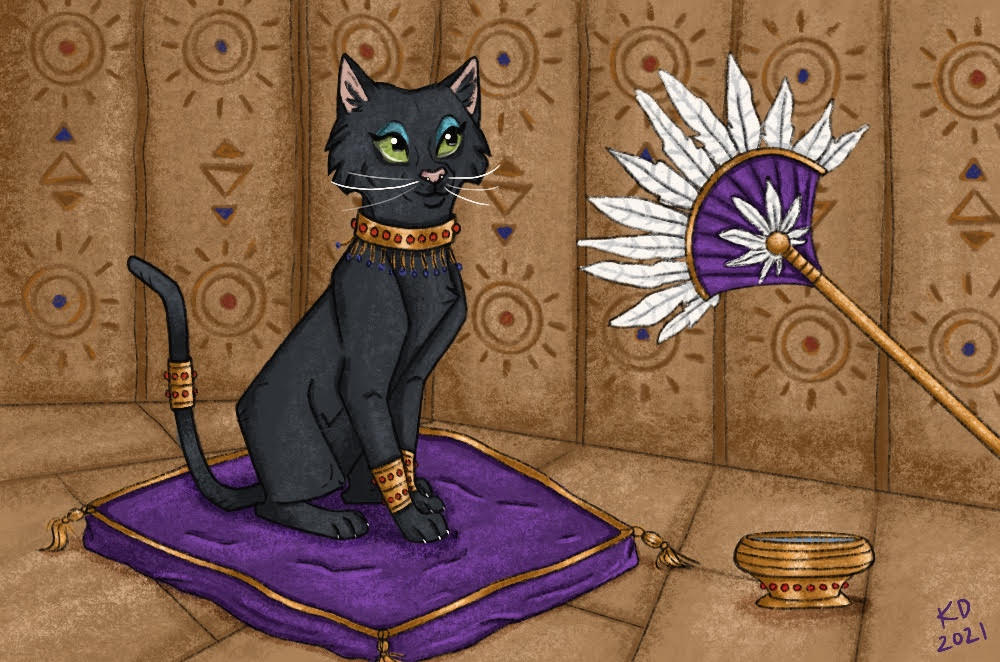 When Did Cats Become Popular Pets?

Domesticated cats were not always domestic animals, but they have been for a very long time. Thousands of years, in fact! According to the Smithsonian Museum, the process of the cat’s domestication may have begun some 12,000 years ago!

12,000 years ago also marks the beginning of humans beginning to settle down and move towards an agrarian society. Dogs were domesticated far earlier than cats as they were able to help people hunt for food, and it was only when we began growing our food and building towns and cities that cats became popular to have around. Why is that? Because of their impressive abilities to keep the rodent population in check.

Some experts theorize cats may have domesticated themselves, after moving into cities to hunt for mice and rats, they likely invited themselves inside people’s houses. Over time, cats with docile traits were favoured and others adapted these traits to their new environments. As a result, you have docile animals who were able to retain much of their wild traits and instincts.

Cats in the Ancient World

In the Middle East, cats were a natural form of pest control, keeping mice and snakes away from food and grain stores. It worked out well for both cats and people, as the surplus grain and good stores attracted a lot of mice – pleasing the cats, and the cats kept those mice in check – pleasing the citizens.

Ancient Egypt revered cats, including them in many of their deities (such as: including Bastet, Sekhmet and Mafdet), and if a citizen was convicted of killing a cat, they often faced the death sentence. If that isn’t enough proof of their love for cats, an ancient cat cemetery was found in Beni-Hassan with over 300,000 cat mummies!

In Europe, in the early Middle Ages, cats were associated with witchcraft and Satan – a thought process believed to have started from a Satanic cult ritual in the 1200s. Unfortunately, the superstitious nature of humans at the time led to cats becoming widely associated with evil.

When the plague hit in the 1300s, cats were also seen as carriers of the disease. Despite their ability to hunt down plague-ridden rats, the illness was often transferred by fleas that lived on rodents, cats and dogs.

While Europe had demonized the cat during this time, Asia, particularly China, saw cats as a symbol of wealth and good fortune, often trading them for precious materials. And if we head back to the Middle East, cats were seen as clean and tidy pets.

By the 1700s and 1800s, cats were seen not just as pest control, but as companions. The many years of their domestication resulted in them becoming loving pets around the home. The 1800s saw some of the very first cat food brands come along as cats were being adopted by all classes in society – needing food to feed their furry friends.

Today, cats aren’t just loving companions, but they are held in high esteem both in-person and online. With compilation videos of their funny behaviour hitting millions of views, entire forums devoted to them, and a never-ending stream of expertise available to anyone with a cat (or looking to adopt), we are truly living in the age of the cat.

Cats have really come a long way, and in classic cat behaviour, they did it all on their own terms. More or less domesticating themselves, retaining much of their natural instinct, but also learning to love people and interact with them when they feel like it. The domestication of the cat is truly a unique story when compared to the domestication of any other animal and is just another reason we love and respect them so much!