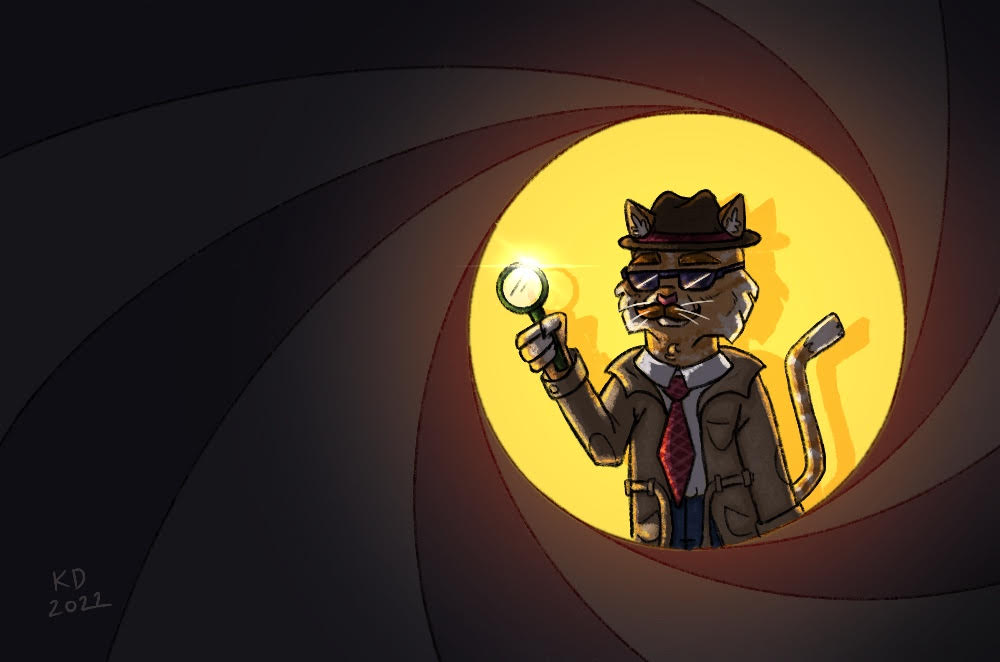 Cats are intelligent creatures who have perfected the art of hunting wildlife. As a result, they have evolved to be very nimble, agile, and careful creatures. They are practised in hiding, stalking, pouncing, and sneaking, all skills needed to survive in the wild.

In the wild, a cat’s natural predators include dogs, foxes, and birds of prey. As a result, cats have developed a keen sense of awareness and are always on the lookout for potential threats. When they feel threatened or exposed, their instinct is to hide or sneak away to safety. They have mastered the art of not being seen and remaining silent enough to allow their prey to get near enough for them to pounce, or for them to keep a safe distance from a predator.

Domestic cats still retain many of these natural instincts, which is why they are constantly sneaking and hiding around the home. It’s simply in their nature to be cautious and secretive creatures. Slinking around the home is their version of playing and having fun. With a predator’s instinct, their idea of a good time is emulating the hunt.

Cats, both domestic and wild, are also some of the world’s most efficient hunters. They move quickly and quietly, they are (for the most part) fit, lean creatures with sharp teeth and claws on all four feet. A cat is a total nightmare for any animal being hunted by one. Their eyesight is finely tuned to track moving objects with a robot-like accuracy and their sense of smell is just as strong as most dogs. Sneaking and moving quickly and quietly are just compliments to the rest of their hunter’s toolbox, but without it, they’d likely never get a chance to hunt.

While we have discussed the predator-prey relationship cats have with being sneaky, we also have to honour their generally curious nature. Cats are extraordinarily curious creatures who love to explore their surroundings. Getting up and into things that are new to them is an endless source of fascination, though it does come with its risks. Cats know that unknown objects or places do have the potential for danger, so they approach with caution at all times when experiencing new things. Some may see this as them sneaking around, but the truth is they are just being careful.

Some cats also just enjoy the idea of not being seen. Many like to find spots high up or hidden on the ground so they can lounge around and take in everything going on in the home. The happenings of the home are the most exciting things to a cat during the day and some like to feel like a fly on the wall. They don’t want to be bothered, but they still want to be part of it all.

In closing, we have to look at our cats as natural, curious hunters living inside the home. While some folks have outdoor cats and have seen it for themselves, we don’t recommend letting your cats outside for this very reason, in addition to the fact that humans pose a lot more natural threats to them. With that in mind though, when you’re living with your cat inside, remember their instincts are to sneak, stalk, and hunt prey. Provide them with toys and spaces where they can satisfy that natural urge to help them live a happy life indoors. Something as simple as a string can provide them with an afternoon of fun, sneaking around the house, rolling around with the string, etc. 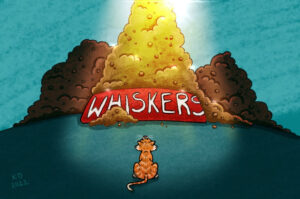 How Much Should You Feed Your Cat?

The amount of food a cat needs varies from cat to cat, but there are some easy tips that will apply to most. As a 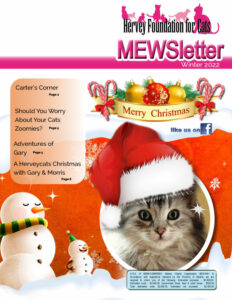 Winter is upon us and we are so excited to share this years winter newsletter! Check out the newest entry from Carter’s Corner, whether you 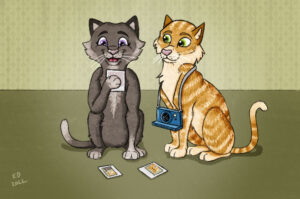 Do Cats Get Lonely? Do Cats Need Other Cats?

Can Cats Eat Garlic or Onions? 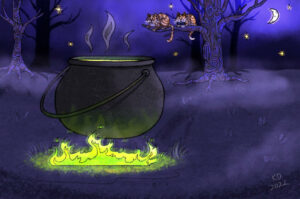 It was Halloween at the Hervey Cats shelter and Gary and Morris were having a blast playing with all the decorations. Morris had got himself

Cat Love Bites – What Do They Mean?

Most cat owners are intimately familiar with love bites. Love bites can take shape in a number of ways, but most often they appear as